Born November 9, 1969 in Moscow. A talented person is talented in everything: Sergey is not only a wonderful actor and vocalist, but also a terrific storyteller, with a remarkable sense of humor and self-irony. That's what he told us about the most significant facts of his exciting biography. He graduated the regular school, and then entered the Automechanical Institute. When ceased to understand even the names of the subjects studied in a technical university, he was expelled from the third year. In parallel, he managed to create and disperse several punk bands, famous for their loud sound and provocative lyrics. After some time, Sergei accidentally met with the accompanist of the legendary opera singer, Elena Obraztsova. With experienced hearing and a keen eye, he saw a talented vocalist in Sergey and introduced him to the first vocal teacher, famous Lyudmila Afanasyeva. Sergey entered the Pop-Jazz School at Ordynka, which he successfully graduated as the counter-tenor. Then by chance he came to the Student Theater of Moscow State University, where he created a sensation and got the fundamentals of the acting profession. Over the years of his creative career, he participated in many theatrical shows and performances: some of them are still successfully performed on stage in Moscow. With the direct participation of Sergey, unique projects for the modern market were created: “Singing Waiters” or “Idioma Project” (“duets on the contrary”, where a man performs women's roles, and a woman - men's) and many others. Sergey sincerely confesses his love to the Triumph Producer Center: “From an assertion to the role of an evil, but sweet, dwarf Chernoborod, my endless role of a lyrical hero with a luxurious tenor was interrupted. I began to creak, growl, and finally got to the actor's field of my favorite actor - Georgy Milljar. Since then, I have replayed almost all the evil parts in the Triumph productions: the actual dwarf Chernoborod, Blind Drink in “Treasure Island” and Koshchey in “Lukomorye” - until now I love these roles dearly and am ready to play them forever. ” 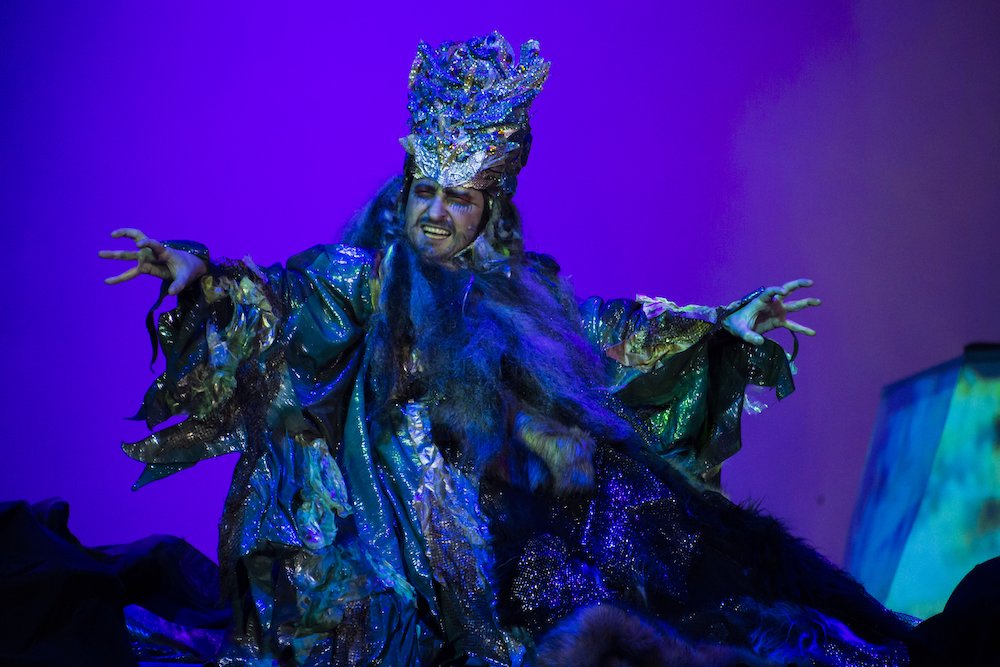